We are pleased to announce our fourth Design Modelling Symposium Berlin as follows:

Julian Lienhardt and I have started a new study group "active bending" as part as the Structural Morphology Group of the IASS. After the recent IASS conferences where subjects around elastic bending were  scattered into different sessions and even parallel sessions, we felt the necessity to channel this interest into a newly focused study…

Al and I were involved in running a cluster at the recent Shape to Fabrication workshop in London.

The aim was to work alongside three other teams using generative design software and digital fabrication techniques to produce a prototype theater. This cluster led by Buro Happold and KOGE looked at optimize the design of the lightweight roof using …

You will see a few visuals on this site that capture the process of formfinding and optimisation of this iconic pod geometry. SMART Form software played a significant part in the development of the…

First up, the moving people are actually walking - a massive improvement over the slightly odd 'skating' appearance we had before.

Secondly, the colour maps feature that we added in the previous release has been enhanced to include plots of density that update in real time whilst the simulation is running.

is there anyone who knows if i can input on a surface a constraint that can help to generate a surface?

so in fact, i have a surface and when i input the points (constraints) smartform doesn't take it as a constraint. i dont know if it's in my case that the problem persists or if anyone had the same.

According to This is Scunthorpe the 'Pods' leisure centre will open to the public soon. If you've used SMART Form of even if you've just watched one of our videos this building should be very familiar to you as it crops up in a lot of our examples.…

I’ve often heard people complain that Rhinoscript is slow. This isn’t really true – it’s just that some naïvely written Rhinoscripts are slow. As an example, I’ve recently rewritten a script that used to take 25 minutes to run. It now runs in 10.2 seconds with no loss of functionality!
The best advice I can give is that you should always understand what your script does. If you don’t understand your script, then benchmark it! In particular look at how the run time goes up as the size of… Continue 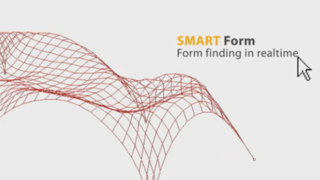 We are pleased to announce a new beta release of SMART Form including lots of new functionality, a polished user interface and improvements to stability and performance.

There is an updated beta of SMART Move Viz available to download now. The new version includes:

To me the most obvious use of a dynamic relaxation tool like SMART Form is formfinding of pure compression and tension structures. But SMART Form is aimed to reach even further, being a conceptual tool for performance driven design.

With the new features in the latest release I have made experiments with some less conventional examples of formfinding, trying to broaden my mind of what SMART Form can be used for. In two of the examples I have played with the attractor point…

We're getting ready to issue an updated SMART Move Viz beta. We've been busy working, and have fixed a range of bugs, performance issues and crashes. We've also been working on a new feature to display data as a shaded colourmap on the floor space. The image below demonstrates this in use. Details will follow when the release is ready (hopefully tomorrow).… 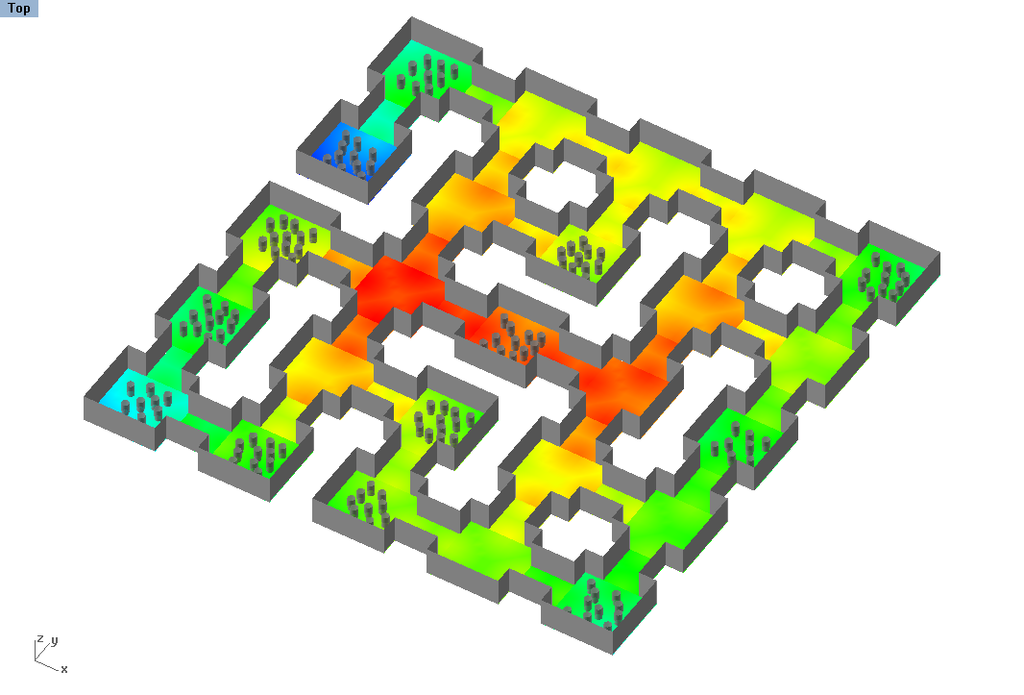 The current release of SMART Form relaxes curves and meshes but does not allow you to relax NURBS surfaces directly. So I thought it might be helpful to show an example for how to convert a surface into a mesh, ready for use with SMART Form. Rhino has an inbuilt command “Mesh From NURBS Object” that converts any arbitrary trimmed surface into a mesh.

However to get a good mesh using that command one might have to play around with the parameters in the “Detailed Controls”. I…

Designed and developed by Buro Happold's SMART Solutions team, SMART Move VIZ is based on our flagship crowd simulation software (SMART Move) that has been developed over a number of years, benefiting from our vast experience in simulation of crowd flow at venues covering…

Full details are available on… I got a copy of “The New Mathematics of Architecture” for Christmas (after having dropped some hints to my family). Naturally, the biggest delight for me with the book is the coverage of buildings I worked on – Louvre Abu Dhabi, Qatar Education City, and the Möbius…